Rather than defining probability, here are some real life examples: 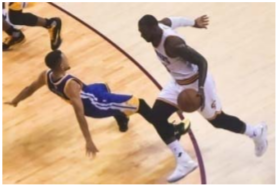 The Golden State Warriors are trailing the Cleveland Cavaliers by one point late in an important NBA game. Cleveland forward LeBron James fouls Golden State guard Stephen Curry with 1.4 seconds left in the game, meaning Curry will get to shoot 2 free throws. What is the probability the Warriors will win the game? Thuy is an actress and auditions for a starring role in a Broadway musical. The audition goes extremely well and the director says she did a great job, sings beautifully, and is perfect for the role. He promises to call her back the next day after auditions are completed. What is the probability Thuy will get the role in the musical? 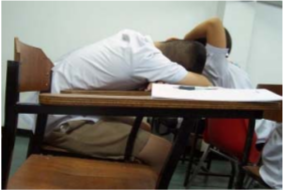 Robert is a student taking a Statistics class for the second time, after dropping the class in the prior quarter. He has a lot of math anxiety, but needs to pass the class to be able to transfer to San Jose State University to continue his dream of becoming a psychologist. What is the probability he will successfully pass the class?

Lupe goes to the doctor after having some pain in her lower back. Her family has a history of kidney problems, so the doctor decides to run some additional tests. What is the probability that Lupe has a kidney disorder that requires treatment?

In all of these examples, it is uncertain or unknown what the actual outcomes will be; however, we can make a guess as to whether each outcome is either more likely or less likely. We can quantify this by a value between 0 and 1, or between 0% and 100%. For example, maybe we say The Warriors have a good chance of winning the game since Curry is one of the best free throw shooters in the NBA, say 0.7 or 70% . Maybe Thuy (from her experience in auditioning) is less likely to get the starring role, say 0.2 or 20%.  These quantities are called probabilities.

Probability is the measure of the likelihood that an event A will occur.

This measure is a quantity between 0 (never) and 1 (always) and will be expressed as P(A) ( read as “The probability event A occurs.”)