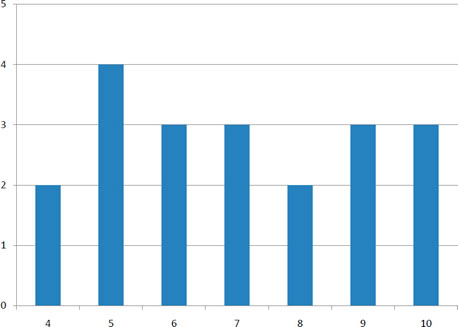 The interquartile range (IQR) is the range of the middle \(50\%\) of the scores in a distribution. It is computed as follows:

where \(s^2\) is the estimate of the variance and \(M\) is the sample mean. Note that \(M\) is the mean of a sample taken from a population with a mean of \(\mu\). Since, in practice, the variance is usually computed in a sample, this formula is most often used. The simulation "estimating variance" illustrates the bias in the formula with \(N\) in the denominator.

There are alternate formulas that can be easier to use if you are doing your calculations with a hand calculator. You should note that these formulas are subject to rounding error if your values are very large and/or you have an extremely large number of observations.