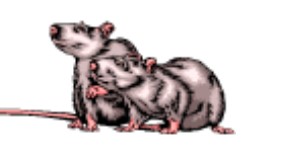 In this study, a convenience sample of \(34\) University of Houston - Downtown students completed a simple survey that asked their gender and how much they agreed with the following two statements: "The use of animals in research is wrong," and "The use of animals in research is necessary". They rated their agreement with each of these statements on a \(7\)-point scale from strongly disagree (\(1\)) to strongly agree (\(7\)).

This is self-report data. It is possible that the willingness to admit to thinking animal research is wrong or necessary is what differs by gender, not how the participants actually feel.

American Association for the Advancement of Science